Home » About Us » Members of the Board 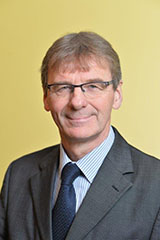 Mr. Gerard McGivern has served as the Chairman of LMC since 06 Nov 2015. Mr McGivern is a Fellow of the Chartered Institute of Marketing and a Fellow of the Institute of Economic Development. He has been involved at a senior level in a number of district councils in various marketing and development roles and has led numerous cross border initiatives. He is Company Secretary of Banbridge District Enterprises Ltd, and a Non-Executive Director of the Northern Health and Social Care Trust. 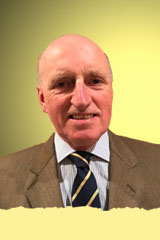 Mr. Joseph M Stewart OBE, LLB, JP, is currently a Non-Executive Director of the Public Health Agency (including Chair of its Governance and Audit Committee). He is also the Council Member/Director of the Suffolk Sheep Society GB. He is retired, following a wide-ranging career including the Engineering Employers Federation, Harland & Wolff, Police Authority of NI, (PANI) and PSNI (non-police role). Mr Stewart has significant finance and governance experience in the private and public sectors which he will bring to the LMC Board member role with responsibility as Audit and Risk Assurance Committee Chair. Mr Stewart was appointed an OBE for Public Service in 1994. 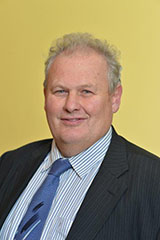 Mr. Harry Sinclair was appointed to the LMC Board in July 2015. Mr Sinclair is a suckler cow, beef and sheep farmer producing Aberdeen Angus beef for premium markets and lamb for the UK markets. As a past President of the Ulster Farmers Union (UFU), he has extensive experience of advocacy on behalf of the farming community. He has served as Chairman of the UFU’s Hill Farming and Beef and Lamb Committees and is a founder member and current Chairman of the Farm Safety Partnership. He has served as Vice-President of the Committee of Professional Agricultural Organisations (“COPA”) and has represented the UK on the EU Commission’s Sheep and Beef Advisory Committees. He has also served as Chairman of AgriSearch’s Beef Committee and as a producer representative on the Red Meat Taskforce. He brings significant experience of working on policy committees to the Board of the LMC. Mr Sinclair is a board member of the Health and Safety Executive for Northern Ireland (HSENI). 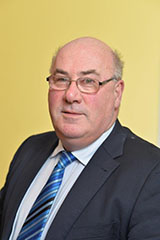 Mr. Jim Lennon was appointed to the LMC Board in July 2015. Mr Lennon is a beef farmer specialising in the production of Aberdeen Angus cattle. He is also involved in the Derrynoose Farming Community Group which promotes investment and training in livestock production. He has significant wider senior public sector experience shown in both his current role as Head of Corporate Service for Middletown Centre for Autism and various senior roles in the National Health Service. He has also been involved in local economic and social regeneration matters. He was Chair of the Blood Transfusion Service until 31 March 2019. 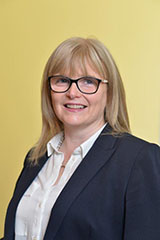 Ms. Oonagh Chesney was appointed to the LMC Board in July 2015. Ms. Chesney is Company Secretary for Fane Valley Co-op Society Ltd and its group subsidiary companies including Linden Foods Ltd. She has an active role in the family beef farming business. She combines corporate governance experience with a good understanding of the challenges facing the LMC and will bring her experience of red meat production and processing to the Board of the LMC. Mrs Chesney holds no other public appointments. 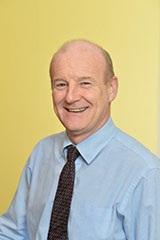 Mr. Gerry Maguire was appointed to the LMC Board in October 2015. Mr Maguire has 37 years’ experience in the Red Meat processing industry. He is currently Managing Director of Linden Foods. He is directly responsible for the Linden Foods Group which has an annual turnover of £400million. He is also Director of Slaney Foods and has previously served three years on Bord Bia’s Meat and Livestock Board.

We use cookies on our website to give you the most relevant experience by remembering your preferences and repeat visits. By clicking “Accept All”, you consent to the use of ALL the cookies. However, you may visit "Cookie Settings" to provide a controlled consent.
Cookie SettingsAccept All
Manage consent

This website uses cookies to improve your experience while you navigate through the website. Out of these, the cookies that are categorized as necessary are stored on your browser as they are essential for the working of basic functionalities of the website. We also use third-party cookies that help us analyze and understand how you use this website. These cookies will be stored in your browser only with your consent. You also have the option to opt-out of these cookies. But opting out of some of these cookies may affect your browsing experience.
Necessary Always Enabled
Necessary cookies are absolutely essential for the website to function properly. These cookies ensure basic functionalities and security features of the website, anonymously.
Functional
Functional cookies help to perform certain functionalities like sharing the content of the website on social media platforms, collect feedbacks, and other third-party features.
Performance
Performance cookies are used to understand and analyze the key performance indexes of the website which helps in delivering a better user experience for the visitors.
Analytics
Analytical cookies are used to understand how visitors interact with the website. These cookies help provide information on metrics the number of visitors, bounce rate, traffic source, etc.
Advertisement
Advertisement cookies are used to provide visitors with relevant ads and marketing campaigns. These cookies track visitors across websites and collect information to provide customized ads.
Others
Other uncategorized cookies are those that are being analyzed and have not been classified into a category as yet.
SAVE & ACCEPT